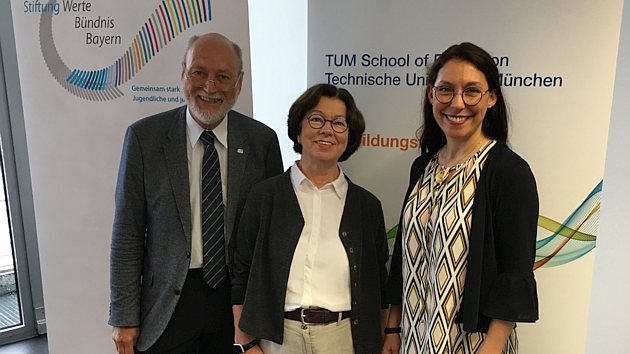 “Young people need the trio of knowledge, skills and character more than ever before today,” Nathalie von Siemens said at the MehrWert MINT conference (“AddedValue STEM”) that was held on July 6 as part of celebrations marking the 150th anniversary of the Technical University of Munich (TUM).

Over the course of the morning, the highly respected speakers discussed values orientation from the perspective of schools and society. Nathalie von Siemens talked about values promotion in STEM subjects, and the assistant secretary of education from Medellín, Colombia, discussed the education situation in the South American country. The TUM explored the “Future of Schools in Times of Innovation and Digitalization.” This talk was followed by a representative of the Bavarian Agency for Civic Education who discussed the topic of “STEM teachers as political creators?” After the theoretical segment was completed, teachers attended afternoon workshops where they explored some specific examples of ways to incorporate values promotion into their daily classroom work. The conference was organized by the Wertebündnis Bayern (Values Alliance Bavaria) and the TUM School of Education.