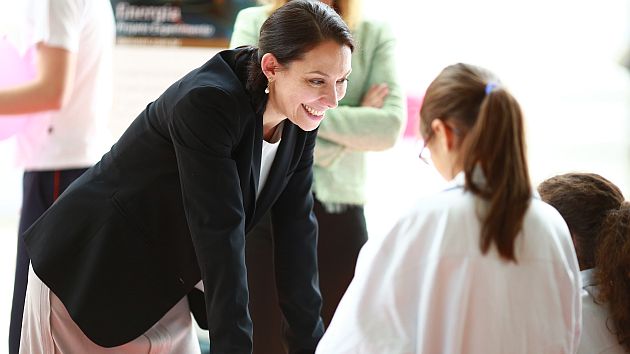 Following on its successful deployment in Germany and various countries of sub-Saharan Africa and Latin America, Experimento is now being launched in Brazil. Responsibility for the local implementation of Siemens Stiftung’s international education program in Brazil lies with Siemens Fundação Brasil and the Visconde de Porto Seguro Foundation.

The initial phase of the program will see the introduction of Experimento for the 4+ age group, using the tried-and-tested multiplier principle. In the first step, taking place over the next few months, teaching staff at the Colégio Visconde de Porto Seguro will receive training in the use of Experimento. Acting as multipliers, these teachers will then pass on their acquired know-how to colleagues from schools in the surrounding area. "We aim to involve a thousand teachers in the project within the next three years," says Henrique Petersen Paiva, Managing Director of Siemens Fundação Brasil, speaking at the opening ceremony that took place in the Colégio Visconde de Porto Seguro on August 12, 2015: "We are delighted to be able to bring Experimento to Brazil – a program that awakens an interest for natural sciences and technology in students and, at the same time, provides teachers with the training courses and materials for modern, hand-on lessons." The Visconde de Porto Seguro Foundation is particularly well-known for its high-quality educational opportunities as well as its civic engagement. The institution has made a commitment to integrate 60 public schools per year.

The opening ceremony for the program featured a panel discussion on the teaching of natural sciences in Brazilian schools, involving the representatives of several educational institutions. Among those taking part were Emília Cipriano, State Secretary for Education in the state of São Paulo, Dr. Nathalie von Siemens, Managing Director and Spokesperson of the Siemens Stiftung, and Paulo Stark, President and CEO of Siemens Brazil. During this discussion, the long-term goals of the Experimento program were also explained. These goals include the participation of a thousand teachers within the first three years and the extension of Experimento to the 8+ and 10+ age groups by 2017. The main focus will be on widening the program to public schools in additional Brazilian cities. This will be made possible through the funding of extensive teacher training schemes and the donation of experiment kits for use during lessons.

Experimento has been developed by educationalists for use in preschools, elementary schools, and secondary schools. It offers teachers and educators a practical and curriculum-oriented selection of topics in the areas of energy, health, and environment. Seminars developed especially for that purpose provide educators with the relevant expertise in using Experimento. Specific instructions, methods and materials for experiments help to embed the program successfully in teaching.